iOS 14 App Tracking Transparency and Facebook Ads: Everything that you should know.

It was June 2020 when Apple announced iOS 14 App Tracking Transparency (ATT) framework. Created a lot of buzzes online, specifically, Facebook was upset and very clearly termed it upsetting and discouraging.

Apple delayed the launch yet signalled it can’t be held back. And, finally, it’s here.

App Tracking Transparency is an initiative by Apple aimed at App developers. ATT makes it necessary for app developers to request user authorization to access app-related data for tracking the user or the device.

In simple terms, if an app on iOS 14 wants to collect users’ data, it will have to ask for it. Data can’t be collected without having the users’ consent.

Apple educates users twice about the types of data being collected, once before the install and then during the install.

The aftermath of ATT

It has been welcomed by iOS users worldwide but the app owners, specifically Facebook is not happy at all. It has been very outspoken about its disagreement. Facebook termed it discouraging for small business owners.

“It will have hard-hitting implications for businesses that advertise on mobile devices and across the web. We disagree with Apple’s approach and solution. We understand how disruptive Apple’s changes may be to your business, and are committed to helping you manage through them.”

We believe users should have the choice over the data that is being collected about them and how it’s used. Facebook can continue to track users across apps and websites as before, App Tracking Transparency in iOS 14 will just require that they ask for your permission first. pic.twitter.com/UnnAONZ61I

January 19, 2021, is the date when Facebook confirmed to comply with ATT and the relevant changes that it had planned for Facebook Ads is live.

What does it mean to you?

A shorter conversion attribution window, a limited number of conversion events, and the change in conversion reporting time make data availability lesser for Facebook and the advertisers on the platform. For this reason, it’s won’t be surprising to see some fluctuations in cost and conversion-related metrics.

If you had not been using attribution windows of more than 7 days, the impact would be smaller for you, else it can be drastic.

How does iOS 14 impact your Facebook Ads optimization strategies?

There’s one very important thing that you should consider for your Facebook Ads strategies and that is – do not put all your efforts into conversion specific campaigns and dynamic campaigns.

If you had been targeting iOS users specifically, start experimenting with other interests and behavioural signals to reach the same of audiences.

So, how has the impact been for you? Let us know in the comments. 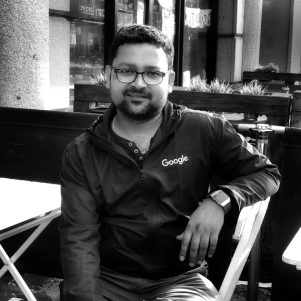 PreviousIs Google Ads right for small businesses? If Yes, How?
NextDynamic Search Ads for eCommerce. Here’s why you must use them!

Dynamic Search Ads for eCommerce. Here’s why you must use them!

Is Google Ads right for small businesses? If Yes, How?